Students, staff and local residents visited Seething Wells halls of residence on a bat walk with local ecologist Alison Fure from the London Bat Group to see what we might see and hear feeding in the skies around the halls on a Friday night. 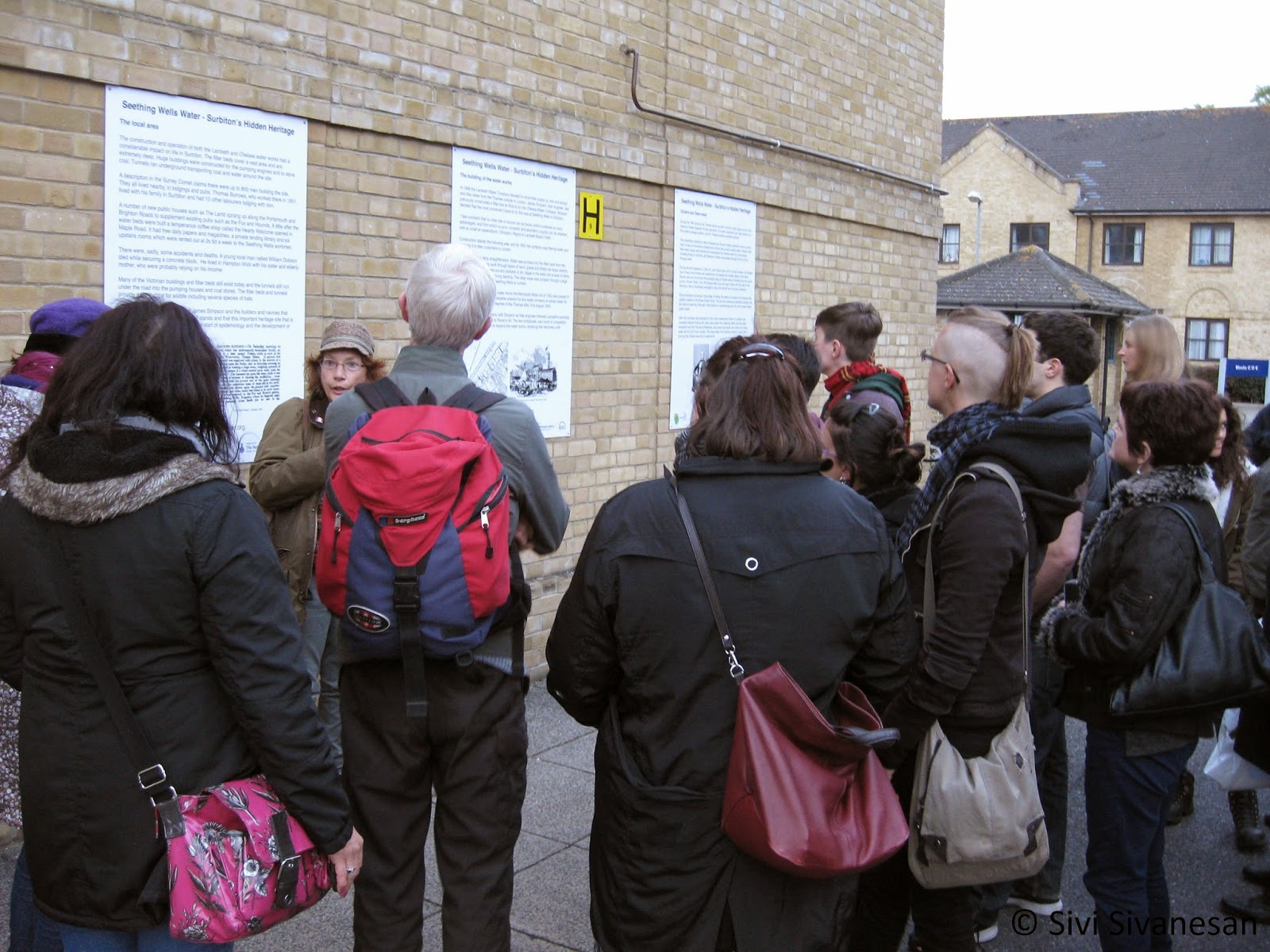 Alison talked about the bats of London and explained what building features could be used by bats; both in the historic buildings and modern buildings at Seething Wells and the surrounding areas.  Explaining how bats use these in conjunction with the remaining natural features that we could see on and near the site such as mature trees and the river.

As the halls are a residential area, the main sections have a lot of lighting; however if you look hard enough, there are areas where the University has minimised lighting levels to avoid adding to local levels of light pollution and minimise energy usage. 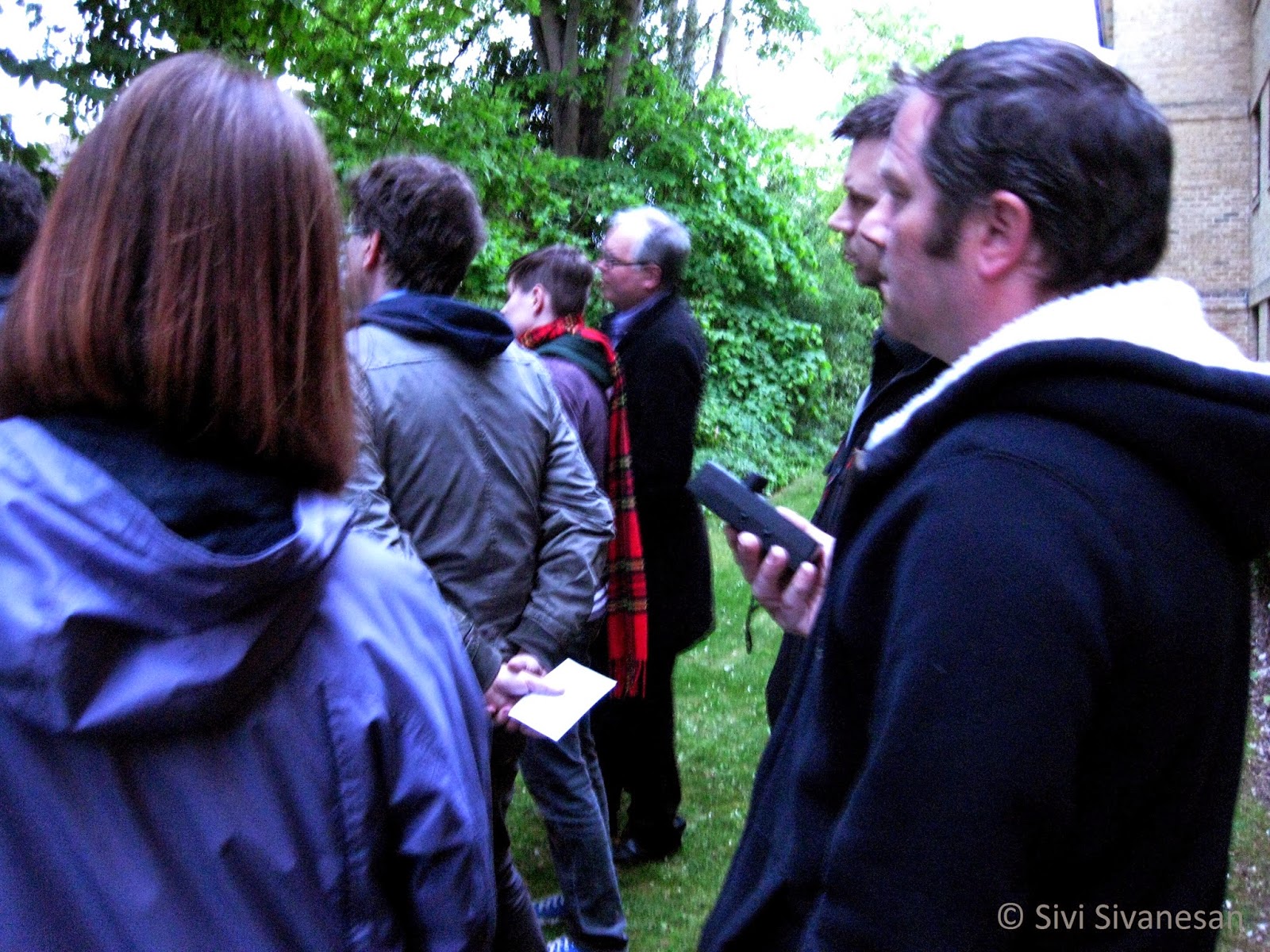 We walked to the darkest area of the halls, where stands of trees and shrubs provided habitat bats and listened to Alison describe how bats use habitats for roosting and feeding.  We learnt the importance of habitat corridors and how bats use linear features like rivers, hedgerows and tree lines for navigation.

Tree lines and well vegetated areas also provide cover for flight, away from the eagle eyes of predators like birds and cats.


Urban development and the increasing light levels associated with development, are causing major problems for bats.

Lights which are too bright, or of the wrong wavelength act as deterrents to bats, disrupting commuting and foraging corridors. She told us of studies which have shown that new lighting near maternity roosts have caused bats to come out later in the night than normal as they wait for it to get dark. This has resulted in missing the peak insect feeding period, and is resulting in under developed bat pups (baby bats). 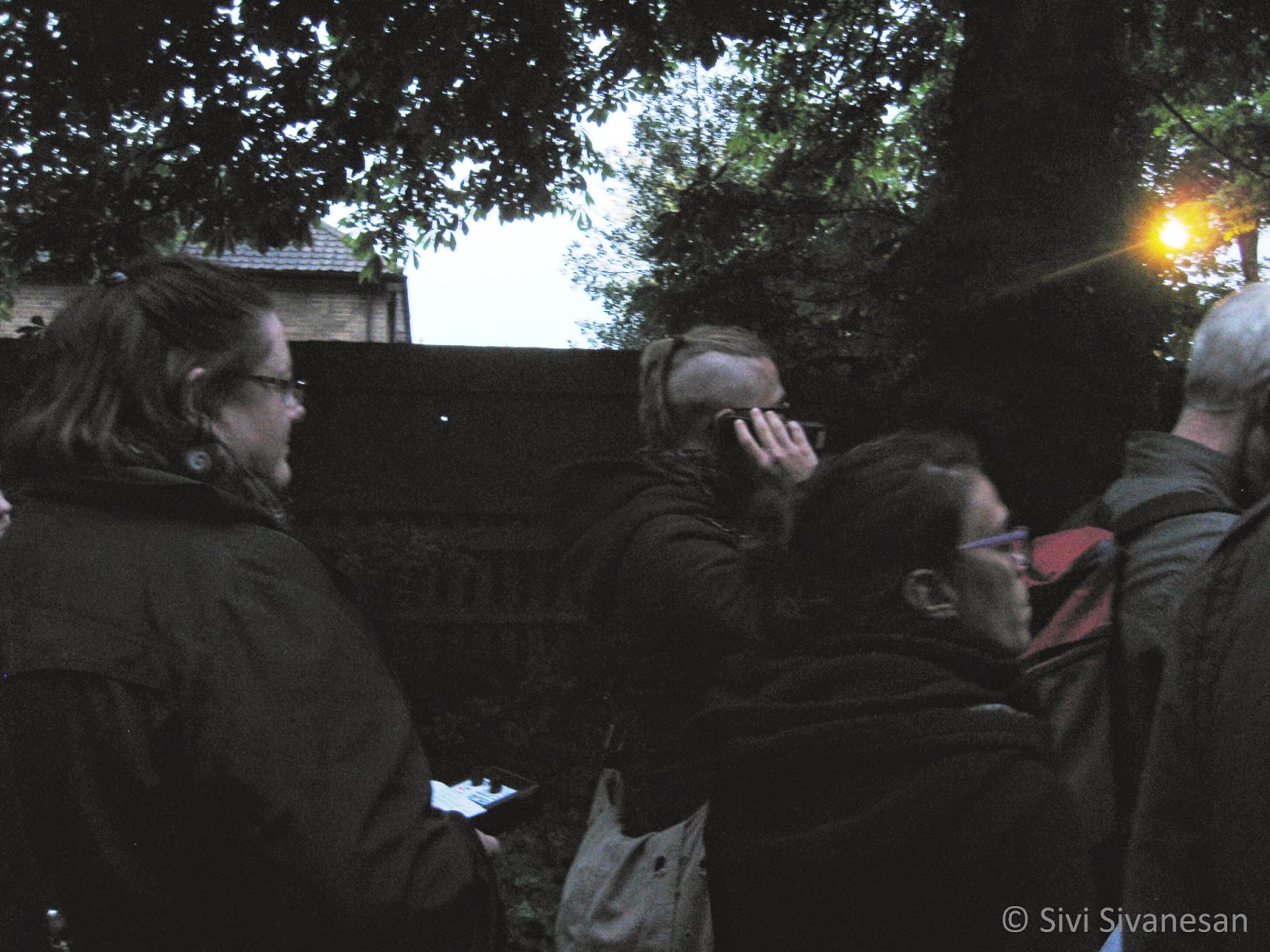 As we waited for it to get darker, a few were worried that we wouldn't see any bats given the well-lit areas on site as well as the lights flooding the skies in neighbouring gardens and street light.

Walking to the darkest area had paid dividends. The screen cast by the tree canopy and the lack of lighting columns in the garden areas of the halls, were providing bats safe passage for feeding.


The bat detectors that we were using allowed us to hear and identify the species that we could just about see, flying fast in the twilight.

We were lucky enough to hear two types of pipistrelle bat on site: common pips Pipistrelluspipistrellus  and soprano pips Pipistrellus pygmaeus. We heard feeding buzzes indicating that they were doing a great job capturing and eating insects flying around the halls, as well as social calls. Alison explained that the social calls range from mothers calling to their young, to adults telling other adults to keep out of their feeding patch.

While we didn't see them this clearly, we had lots of fun tracking them as they flew around the trees, with some of the younger members of the group, trying to run and keep up with them, each time their flight paths took them up and down the tree line.

There are some really good images and videos on sites like Arkive which will show you what these beautiful animals look like and how small they actually are as well as how they fly and exiting and climbing back up into their roost (times when they can be particularly vulnerable to cat predation).

After the bat survey on site, a few of us went to the boundary of the Seething Wells Filter Beds, located just over the road from the halls. There we continued to hear common and soprano pips as well as hearing the much more light shy Daubenton's  bat Myotis daubentonii.

April tends to be the start of the bat survey season with May being a good time to spot them as bats are more active as there are a lots of insects around. Not only will they take insects like mosquitoes and mayflies from the air…

But they will also eat things which they see crawling over surfaces near them, such as the larvae and adults of this insect which is in its pupae stage and spiders.

Bats are important to us: they act as free and natural insect controller – all UK bats are insectivores and they have inspired people for generations as the only mammal to have attained powered flight at night.

All bats are under threat, the rare horseshoe bats used to occur in London before they went locally extinct in the 1950’s. Even supposedly common species are not as common as they use to be, squeezed out of town and country by our own actions.


Find about more about bats and what you can do to help them in your area by visiting:

London Bat Group and the Bat Conservation Trust where you can pick up tips helping bats including gardening for them.

Learn from Alison Fure's own blog.

To volunteer or sign up for training for biodiversity events at Kingston University and help us make a difference, email biodiversity@kingston.ac.uk 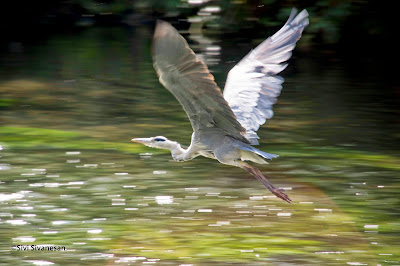